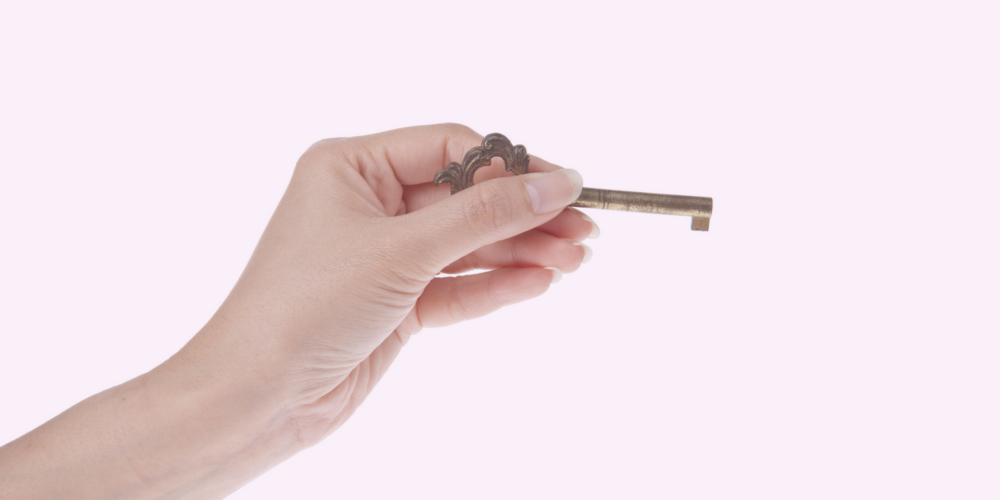 Whether I’m speaking to a large group or just talking one-on-one, it seems that everyone eventually asks how I got into feng shui. I love hearing how other consultants got into feng shui too, so this month, I thought I’d give you my story in case you haven’t heard it yet.

When I was a little kid I loved rearranging furniture in the house. When we played, I “played the interior decorator” who came to all the other ladies’ homes and rearranged their cardboard boxes (AKA furniture) for them.

Flash forward to the late 80’s (Yikes!) I was plodding along as a self-employed landscape architect. I had licenses to practice in several states, so I had options far and wide. But then the economy started slowing down and I had to make an effort to look for more work. Since Hawaii was one of the states I could practice in, I flew over to stir up business. That’s when I first heard of the words feng shui. I was told that if I knew feng shui, they could give me a couple of big jobs.

So, I dug a bit (this is all pre AMAZON.com mind you!) and located Sarah Rossbach’s book Feng Shui: The Art of Chinese Placement. Well, I read that book and really didn’t think I could pawn myself off as someone who knew feng shui enough to promote myself as feng shui knowledgeable (bummer.) But I did do a few things to my house at least. (Little did I know I just planted the seeds for a whole new awesome career!)

Fast forward again a few years (yes, sometimes things take time to build!) and times were getting leaner and leaner in the landscape architecture world, (sometimes your current path has to dry up for you to release your grip and take another one!) so I decided to take my best friend up on her offer to stay with her in her NYC hotel room for the New York Paper and Stationery Show. I milled around the show floor while she worked, and while I was there I ran into a greeting card company that was looking for artists and new card ideas. My friend encouraged me to try my hand at card design “because since you are coming from “outside the box” you’ll probably have a fresh take on it.” At first I thought she was nuts, but quite frankly, my business was getting so slow I thought, what the heck!

I called my friend (also in the landscape architecture world) and asked him if he was interested in designing cards with me. We did a line that was featured at the following year’s New York show. Then my good ol’ friend said to me, “You know, there’s this thing called the Louie awards – ‘the greeting card designs of the year.’ I think you should enter your cards.” Once again I thought she was nuts (“pay attention to these kinds of remarks from others – they are the universal signs that you should interpret as “cool opportunities ahead!”)

Now, here’s when things started picking up in the energy world of feng shui.

TRACK ONE: Another friend said he had his house feng shuied to which I replied, “Who was it – and how can I meet him! He MUST train me!” (I was thinking still about using it for my landscape architecture work only.) I started my feng shui training and started getting connected with other feng shui consultants. (Oh what you had to do pre-Google to find things back then!)

TRACK TWO: Long story short, the next year we picked up a “coveted Louie award.” My friend officially freaked she was so excited! I thought it was cool, but thought “What the heck am I doing? I’m a landscape architect not a card designer. How did I end up here?” (I really felt like I was on another path by now and quite frankly a little scared of my new-found location!)

When we won that award we got lots of press (right on Fame and Reputation gua! You go!) and from that press, an editor at Simon & Schuster called to offer us a book deal based on the greeting cards. Yep, this was the feng shui trail I took to get into the publishing world. I did not solicit publishers – they found me! (If I would have said no to any of the above opportunities, Move Your Stuff, Change Your Life would never have happened – get it! Pay attention to those opportunities and say YES!)

So, we did that book and then another. And then one day, I said to that editor, “You know, I know this thing called feng shui. Would you be interested in a feng shui your landscape book?” I worked REALLY hard on writing an official proposal (Tip: when it’s hard, you’re not quite in the flow!) and turn it in. She had her assistant write up a rejection letter – that had one little line at the end of it that said, “Although we are looking to acquire a feng shui book, this isn’t the one.”

That little line glistened out different from the others. It felt like a little invitation. Do I dare ask what they are looking for? YES!

She said, “We’re looking for a FUN feng shui book…one with mass appeal.”

WHAT? Fun you say…? It sounded blasphemous to me at the time. I thought I’d be the laughing stock of the feng shui world if I wrote that. (Hint: when you feel like this, maybe, just maybe you are onto such an original idea that you’ll be celebrated for your uniqueness soon!)

With a big helping heap of fear, I decided to go for it. I wrote the Move Your Stuff, Change Your Life manuscript.

Then, it was time to get little blurbs for the back of the book. I went to the Feng Shui Convention in Monterrey, CA with my galleys in hand to see who I could get to “blurb it.” Let’s just round the numbers and say that 90% of the people didn’t simply reject me, but made me feel like I had committed blasphemy.

But Denise Lin, Denny Fairchild, and His Holiness Professor Lin Yun felt differently and said yes. Professor Lin “felt” the book’s energy and then proceeded to bless it – which LITERALLY almost knocked me over. I knew then and there that my book was going to find its rightful place in the hands of those who needed it because MAN – he gave it some juice!

My oh my, this story is getting long. I’ll let you know in next month’s newsletter what I did to feng shui it to become a national best-seller…but I hope you are starting to see how my path included getting over many different emotions and self labels and even rejection…any of which I had the CHOICE not to go through and any of which would have interrupted or stopped the whole process.

So, this month, as you are doing your feng shui work, I want you to pay attention to the opportunities that are presenting themselves and to the way you are responding to these opportunities. Maybe you are in the seed germination stage and don’t see anything forming yet. Maybe you are getting things come your way but they don’t seem connected to anything that you had on your dream life list. Maybe you knew it was an opportunity but were too scared to say yes to it.

And also, in the meantime, I wanted to invite you to review the upcoming feng shui professional training below and notice if you “are being called” to participate in it. So many of my students say that very thing – it called them….and they said “yes.” As a landscape architect, I was just “out of the box” enough to take on greeting card designing, so perhaps the work field that you are in now is the perfect out-of-the-box pre-training for your new practice as a feng shui consultant.

Whether it is feng shui training or something else that’s been on your mind – whether it makes sense or not to your brain – I invite you to set down your fears and choose to participate. Because if your feng shui is set up – these kinds of opportunities are going to be showing up.

The Bagua in the Landscape and the Three Secrets 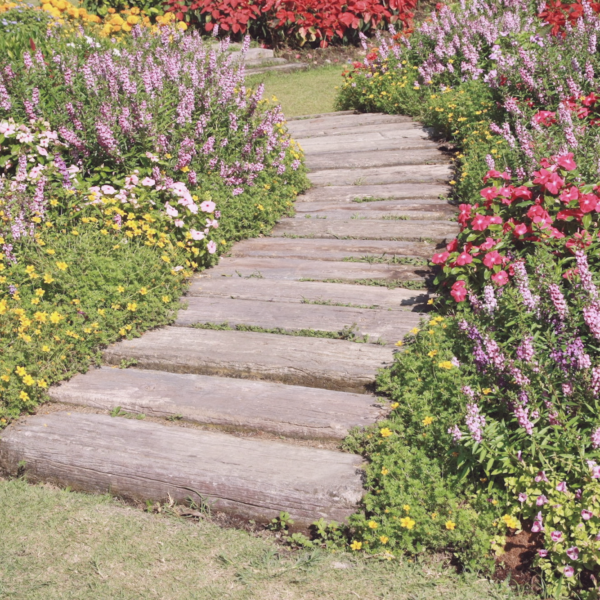 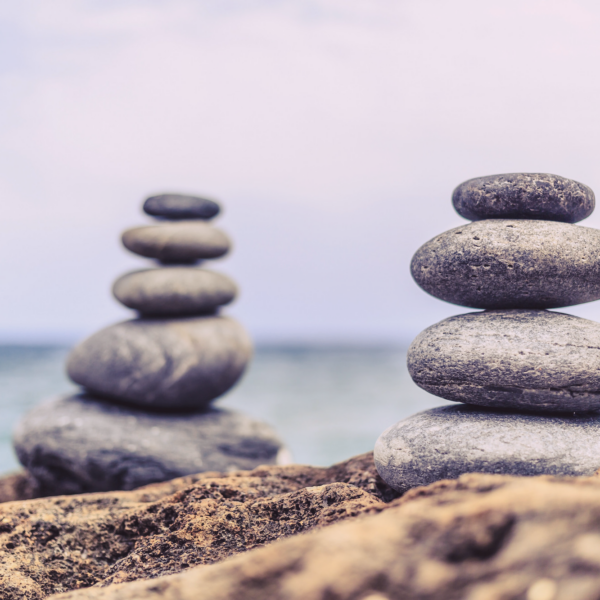 It’s All About Balance 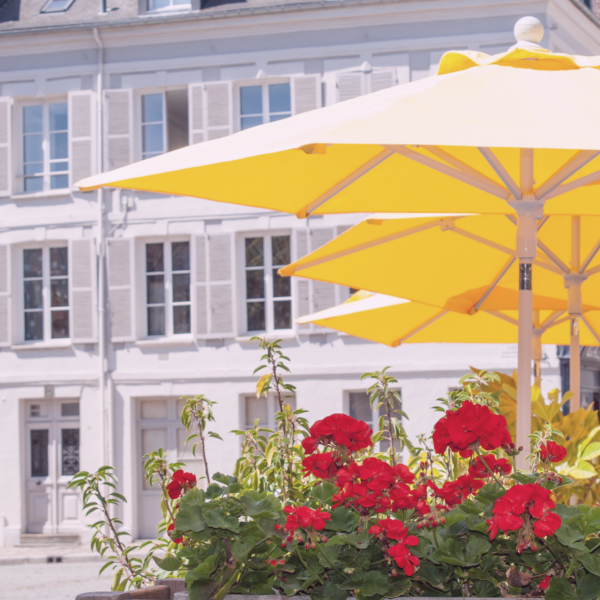